BOOK III ‘CHANCE’S STRANGE ARITHMETIC or THE GODS’ INDIFFERENCE’ charts Wilfred Owen’s experiences at the Battles of Joncourt, (for his actions during which he was awarded the Military Cross), and Ors – during which he was killed. The battles and personnel involved are described in detail; the full circumstances of his death (both actual and mystical) are described in detail.  An important part of the Battle of Ors chapter is the description of the several bravest participants – most notably the supremely brave young James Kirk – several Victoria Crosses were awarded in respect of this Battle including, posthumously, to James Kirk.

After considerable investigation and research, it seems probable that Owen joined Kirk on the other side of the Canal, with his and Kirk’s platoon – they were all trapped there and there killed.  The novel adopts this now the most probable of scenarios of his death.

Overall, this biographical novel covers the life of Wilfred Owen August 1918 to after his death and the after life.

BOOK III   ‘CHANCE’S STRANGE ARITHMETIC or THE GODS’ INDIFFERENCE’  is available to purchase on Amazon Kindle in 4 Sections as follows:-

The following details the four SECTIONS of Book III and Chapters contained within each section:- 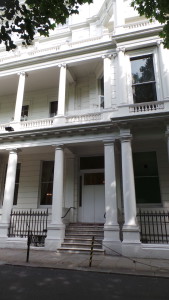